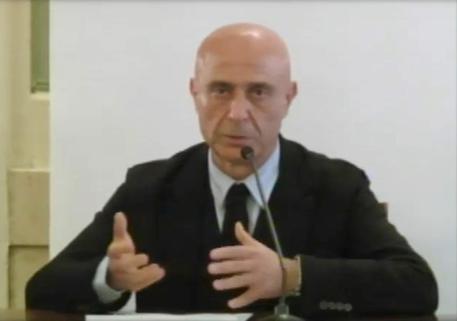 (ANSA) - Rome, December 29 - A Tunisian national deported Thursday was set to strike in Italy, the interior ministry said.
The man, resident at Edolo near Brescia, "in mid-November had received instructions from a person known to him to carry out attacks in Italy similar to the ones in France and Belgium, as a reprisal against Italy's operations in Libya", it said, citing the result of intelligence work aided by overseas agencies.
Italy has been on high terror alert since a December 19 Berlin attack that killed 12. Interior Minister Marco Minniti has ordered stepped-up measures across the country. The Berlin attacker, Tunisian Anis Amri, was killed near Milan on December 23 and links to him in Italy, where he spent four years in jail, are being traced.
photo: Minniti