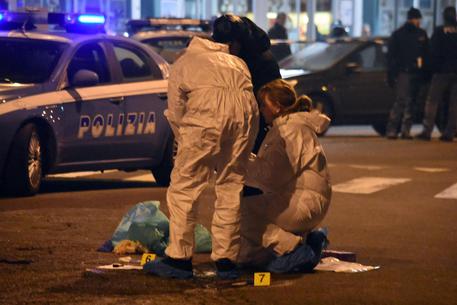 (ANSA) - Rome, December 23 - Anis Amri, the man suspected of Monday's attack on a Christmas market in Berlin in which 12 people died, was killed in a shootout at Sesto San Giovanni, near Milan, on Friday, Interior Minister Marco Minniti said.
He was identified on the basis of his appearance and fingerprints, anti-terrorism sources in Milan said.
Amri arrived in Italy from France, according to anti-terrorism Digos police. He went from Chambery to Turin and then took a train to Milan, where he arrived at around 1:00. Then he went from Milan's Stazione Centrale to Sesto San Giovanni, where he ran into two police officers at aorund 4:00 and was killed in a shoot-out and they tried to conduct a routine stop-check, the sources said. Amri was killed by a trainee police officer - 29-year-old Luca Scatà, sources said. The other policeman, Christian Movio, 36, is in hospital in Monza after being injured in Friday's shootout, sources said.
He needs surgery after being hit by a bullet in the shoulder, but his overall condition is good "There is a high level of control throughout the nation which, when a man on-the-run enters our country, makes it possible to identify and neutralize him," Minniti told reporters. "This means that the security system works".

Premier Paolo Gentiloni said German Chancellor Angela Merkel has been informed, adding that the incident showed that the Italian State was doing its bit to protect the public from terrorism. "The level of attention remains maximum, the threats should not be underestimated, but what happened overnight shows the citizens that Italy is present, the State is present," he said.