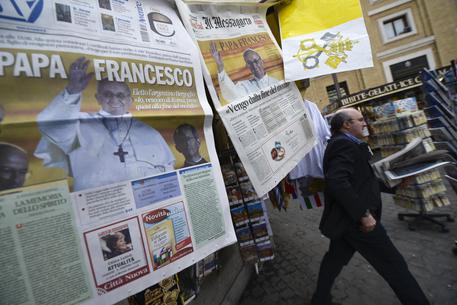 (ANSA) - Brussels, November 17 - Italy in January-September 2016 had the highest number of incidents of threats against journalists and media outfits in the EU, a study by the European Union Agency for Fundamental Rights showed Thursday. Based on numbers from the Mapping Media Freedom project, the EU agency said there were 92 cases of threats or undue pressure on journalists in Italy this year through September, up from 82 in 2015 and 58 in 2014.
This was compared to 55 cases in France, 29 in Poland, and 28 in Hungary. The Czech Republic, Denmark, and Slovakia had zero cases.
The study included a Reporters Without Borders index of press freedom around the world released in April, in which Italy was second to last in Europe, after Greece.
According to a Eurobarometer survey out today, 57% of Europeans believe their national media labors under undue political or business pressures, and just 53% thinks their national media are trustworthy.