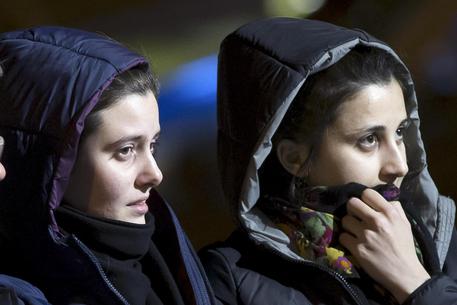 (ANSA) - Beirut, October 5 - Judicial sources in the Syrian city of Aleppo on Monday said that a nearly 11-million-euro ransom was paid for the release last January of Italian aid workers Greta Ramelli and Vanessa Marzullo, who were abducted together in Abzimo in July 2014.
The sources said one of the people involved in the ransom negotiations, Hussam Atrash, was convicted by an "Islamic tribunal" of the Nureddin Zenki Movement for having pocketed nearly half of the ransom money.
The group is part of the al-Nusra Front, Syria's al-Qaeda affiliate.
ANSA obtained a digital copy of the October 2 conviction by the Nureddin Zenki Movement's Qasimiya tribunal in Atareb, which said that Atrash, who was based in Abzimo, pocketed five million of the 12.5-million-dollar ransom payment.
Sources in Atareb told ANSA by phone that the remaining 7.5 million dollars were divided among local warlords.
When the aid workers were released in January, rumours circulated suggesting that Italy had paid a ransom to free them.
Foreign Minister Paolo Gentiloni said the rumours were "just conjecture".
The Italian government, like its predecessors and in line with international practice, is against paying ransom to free hostages, Gentiloni told the Lower House after welcoming the aid workers home last January.