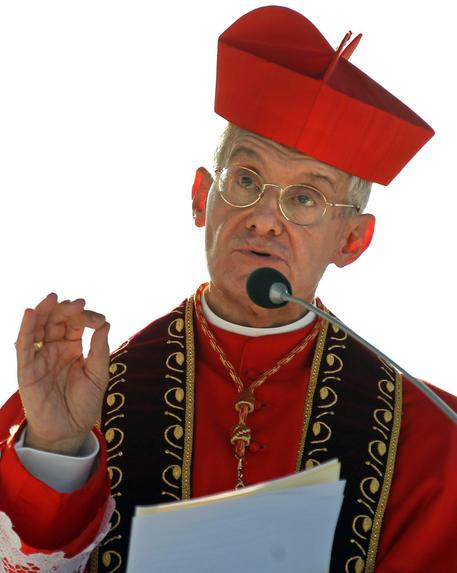 (ANSA) - Vatican City, March 9 - Cardinal Jean-Louis Tauran, president of the Pontifical Council for Inter-religious Dialogue, was formally sworn in Monday as Camerlengo of the Catholic Church.
Tauran, who was appointed to the post in December, would be one of just two officials in the Vatican administration who retains his job if Pope Francis were to resign or die.
In such a case, the Camerlengo's job is to manage the Church's affairs until a new pope is elected.
As well, the Camerlengo verifies the pontiff's death and then destroys his ring.
Pope Francis administered the French-born cardinal's swearing-in in the Apostolic Palace.
Tauran was born in Bordeaux and studied at the Pontifical Gregorian University in Rome.
Cardinal Tarcisio Bertone was previous Camerlengo.
http://popefrancisnewsapp.com/